The childhood of President Eduardo Frei Montalva was tipical of a middle class chilean boy of the early chilean XX century. Very shy, he suffered being a child. Son of an inmigrant, his home was quite poor and he his first years at school were distinguished by a hardship existence. But his intelligence and siquical strengh allowed him to overcome his problems and to become a good and conscientious student, as weel as a natural leader for his companions and friends. By the other hand his early links with the Catholic Church, his many readings, his friendships with teachers, were very important for his future political career, his values and those of his generation. Many details of everyday life in the city of Santiago during the 1920's era revealed by his the remembrance of his boyhood. And to know this period of his life is essential to understand the future statesman. 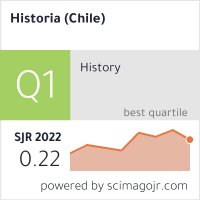